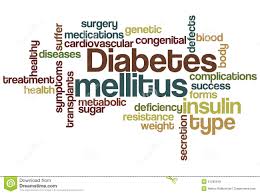 A case study published in the December 7, 2006 issue of the scientific periodical, the Journal of Vertebral Subluxation Research, followed a case of a 48-year-old man who had undergone recent blood and urine tests that indicated the early onset of diabetes mellitus as confirmed by his medical physician.

This patient sought chiropractic care to see if non-medical care could assist him and prevent the need for inject-able insulin.  The author of this report noted that there had been several previous studies  that showed varied degrees of success for several non-medical therapies used for patients with diabetes mellitus.  Such therapies included vitamin therapy, exercise and acupuncture.

In this case the patient received chiropractic care for the correction of the subluxations.  Additionally he implemented nutritional changes which included increased protein intake and specific nutritional supplementation.  he also engaged in a program of exercise.

Within one month of the initiation of chiropractic care the indicators used to monitor corrections of subluxations showed improvement.  In conjunction with this the patient’s medical physician noted that the patient’s blood and urine sugar levels were also balanced.  he continued to have his condition monitored and it was determined that he would not need insulin at that time, or in the immediate future if his condition continued to maintain itself.

The author of the study made it clear that chiropractic care is not the treatment of diabetes or any condition, when he stated that chiropractic, “does not look to treat any condition such as diabetes mellitus,”  However, he did point out that a significant contribution could be made to the health of diabetes sufferers if chiropractic were added to care.  He concluded, “if chiropractic care can offer assistance in treatment of 5% of the diabetic conditions commonly presented to health care providers this alone could offer significant lifestyle enhancement for those patients positively influenced.”

This article once again shows the power of the human body and how it can heal itself from the inside out.  Your body can heal you.  It is the only thing that ever does.  But it must have good nerve flows to heal.

Come by the office to get your nerve flow checked.  Call Complete Health Chiropractic at 402-488-0288.