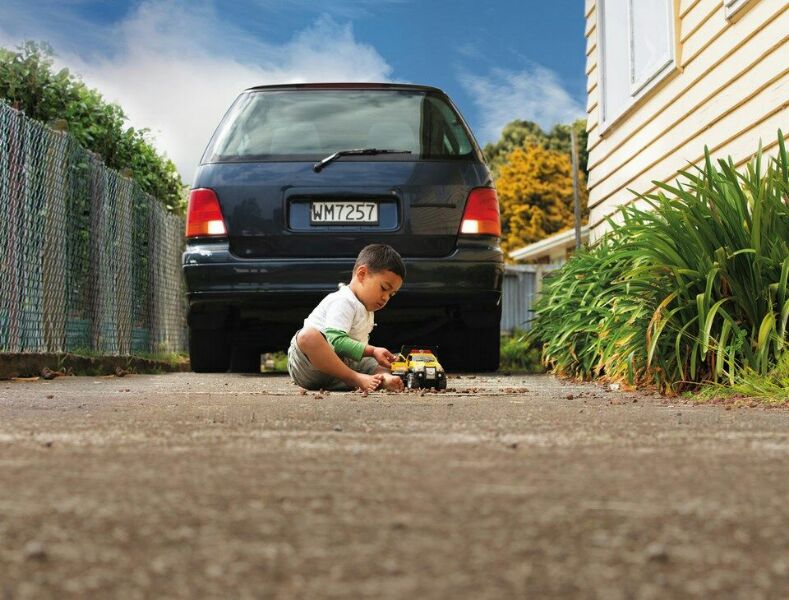 NECK PAIN FROM AUTO ACCIDENT
What is a backover crash?
A backover crash occurs when a vehicle backs into a person such as a pedestrian or bicyclist, often when exiting
a driveway or parking spot. These crashes typically are at low speeds. Crashes that involve multiple vehicles or
vehicles that back into objects aren’t considered backover crashes.
How widespread is the backover problem?
Government databases generally record only crashes on public roads, but most backover crashes occur in
driveways and parking lots. Until recently no federal data system collected information on all backover crashes
in the United States. An overall picture could be gleaned from a review of crash data from the National
Highway Traffic Safety Administration (NHTSA), hospital emergency department records, death certificates,
and media sources. Because these sources may not capture all of the deaths and injuries, Congress directed
NHTSA to develop a database of injuries and deaths in nontraffic events involving motor vehicles. 1
In 2009, NHTSA launched the Not-in-Traffic Surveillance (NiTS) crash database of nontraffic events resulting
in injuries and deaths, which can be used to calculate a national annual estimate. Based on 2007-2011 NiTs data
and data about onraod crashes, NHTSA estimates that 267 deaths and about 15,000 injuries occur annually in
backover crashes. 2

Most backover incidents don’t happen on public roads. NHTSA estimates that 39 percent of backover fatalities
occur in residential spaces such as driveways and the parking lots of apartment and townhouse
complexes. 7 Nonresidential parking lots account for only 17 percent of backover fatalities, but 52 percent of
backover injuries.
Three Australian studies have looked at the circumstances surrounding the deaths of children in low-speed runover
crashes, including cases in which the vehicles were moving forward as well as reversing. A study of deaths
of children younger than 5 in 2000-10 found that 37 percent of the deaths occurred in residential driveways and
11 percent occurred on public roads. 4 A review of child deaths in driveway crashes in 1996-98 showed 86
percent of the drivers were members of the struck child’s family or family friends. 8 A study in Queensland
found that parents were driving in 11 of the 15 low-speed run-over fatalities of children that occurred in the
state in 2004-08. 9
What types of vehicles are most often involved?
An analysis of driveway backovers involving children in Utah in 1998-2003 found that children were more
likely to be injured by a pickup truck, minivan or SUV than a car, relative to the number of registered vehicles
of each type, although the difference between SUVs and cars was not significant. 10 Larger vehicles like SUVs
and pickup trucks typically have bigger blind zones than cars, 11, 12 in large part because they sit higher off the
ground, making it more difficult for drivers to see children and smaller objects near the rear of the
vehicle. Consumer Reports measures distances behind the rear of a vehicle that a driver cannot see and has
found that a 5-foot-8-inch-tall driver in an average midsize SUV can see up to 18 feet behind the vehicle,
compared with 13 feet for an average midsize sedan. 13NHTSA measurements of rear visibility also have found
that blind zones for shorter drivers are typically much bigger.
Technology may never be 100 percent effective so drivers will always need to be vigilant. The national “Spot
the Tot” campaign, developed by Safe Kids Utah, encourages drivers to walk completely around a vehicle
before getting in and to roll down windows to hear what is happening near the vehicle before backing. 21 It also
suggests teaching children to move away from a vehicle when started and to have them stand in full view of the
driver when backing. An Australian review of crashes in which children were run over at low speeds found that
more than three-quarters of drivers were unaware that a child was in the immediate vicinity of the vehicle at the
time the crash occurred. 4
Separating children’s play areas from driveways also may help. A study in New Zealand in the 1990s found that
children in homes without a fence separating the driveway from the play area were 3½ times more likely to be
killed or injured in a driveway crash. 22