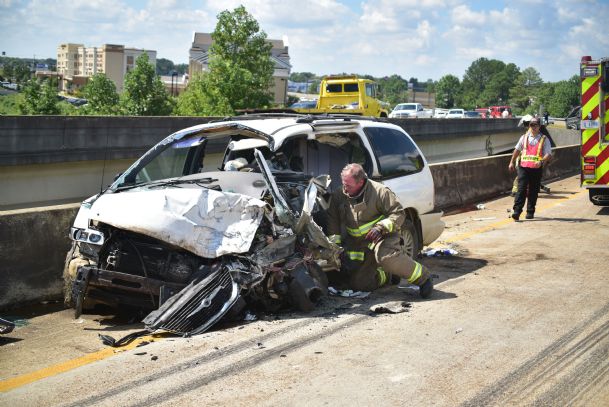 Back Pain After Auto Injury

Back Pain After Auto Injury
“The effects of minor trauma on the CNS assume great importance because
whiplash injury is a frequent result of minor vehicular accidents, in
particular, the rarely mentioned minor rear-end collision.”
“Direct impact to the head is not necessary for brain injury; whiplash
injuries can cause brain damage.”

Back Pain After Auto Injury
“The degree of associated bone and soft tissue injury has no bearing on the
extent of the spinal cord injury or neurologic deficit.”
The fact that CNS trauma affects the deep cerebral white matter has been demonstrated
by MRI, even in patients who had experienced mild head injuries. Such white matter
changes indicate alteration of the BBB. Research on monkeys has shown that a blow to
the occipital area altered the BBB in the medulla and in the cervical spinal cord.
Other experiments have shown small cerebral vessels and capillary damage in animals
sustaining mechanical brain injury “too slight to produce microscopic intraparenchymal
hemorrhage or other neuropathological changes but strong enough to provoke a
physiological concussive response.”
Others have shown a “significant increase in BBB permeability in the brains of animals
subjected to whiplash injury that had no head trauma.”

Back Pain After Auto Injury
Research has “implicated trauma as a pathogenetic factor in the formation of MS lesions
in the cervical spinal cord in cases studied postmortem, as a result of the normal
stretching of the tethered cord during flexion and extension of the neck, especially in the
presence of cervical spondylosis.” Others blame “repeated episodes of trauma to the
cervical cord to explain the frequent clinical association between cervical spondylosis
and MS. This relationship has now been well documented by MRI in many patients with
MS, revealing a close anatomical correspondence between compression of the cervical
spinal cord by spondylosis or herniated discs, even in the absence of external trauma,
and intraspinal plaques at the same level. Such MRI changes in the spinal cord have not
been seen in patients with the same degree of spinal stenosis who do not have MS.”
“Magnetic resonance images of the neck in voluntary flexion show how traumatic
hyperflexion-extension augments the degree of impingement on the spinal cord, while it
cannot fully reflect the much more severe impact during the actual whiplash injury.”
Other multiple sclerosis experts have recognized the potential role played by trauma in
the alteration of the BBB in multiple sclerosis, noting:
“Although there are many potential reasons for the BBB break, a simple
model of traumatic damage could account for the commoner sites of lesions
being in the highly mobile optic nerve and cervical cord, especially when
tethered by the dentate ligaments.”
“Any mechanism which physically destroys the components of the BBB will
render the CNS open to the cellular and molecular constituents of the
blood. This causes inflammatory participants to be rapidly delivered to the
site of injury in a gross, nonspecific fashion.”
Dr. Poser notes that trauma-induced alteration of the BBB does not always result in
demyelination in patients with multiple sclerosis, but that there is biological plausability
to link physical trauma to multiple sclerosis, “based on clinical, neuropathological,
radiological, and experimental evidence.”

Back Pain After Auto Injury
The following year, in November of 2001, Abhijit Chaudhuri, PhD, and Peter Behan,
DSc, from the Department of Neurology at the University of Glasgow published an
article in the European Journal of Neurology titled (5):
Acute cervical hyperextension-hyperflexion injury may precipitate and/or
exacerbate symptomatic multiple sclerosis
The authors reported on 39 cases in which definite multiple sclerosis (MS) was
precipitated or exacerbated by specific hyperextension-hyperflexion cervical cord
trauma. The worsening or onset of the symptoms bore a striking temporal relationship
to the focal injury. They state:
“Our data suggests that central nervous system (CNS)-specific acute
physical trauma such as cervical cord hyperextension-hyperflexion injury
may aggravate latent clinical symptoms in multiple sclerosis.”
“The deterioration of multiple sclerosis bore no direct relationship with the
severity of neck injury.”
These authors discuss the possible pathogenic mechanisms of focal CNS-specific trauma
aggravating the course of asymptomatic or benign multiple sclerosis. Their discussion
includes that axonal pathology from focal trauma can increase nitric oxide in the brain,
leading to demyelinating injury.
These authors agree with Dr. Poser in that physical trauma is linked to multiple sclerosis
as a consequence of disruption of the blood brain barrier. The critical role of changes in
the BBB influencing the clinical course of MS has been evident since 1950. They note
evidence for massive breakdown of the BBB of the cord and of the brain follows
experimental induction of whiplash injuries in monkeys. There are many studies
showing pathologically verified new MS plaques surrounding the specific areas where
the BBB had broken down. Therefore, any external factor that can influence the integrity
of the BBB of an individual will increase chances to develop MS and have the potential
to trigger the disease symptoms. They state:
“Breakdown in the blood-brain barrier (BBB) is an early and obligatory
event in the development of acute multiple sclerosis lesions.”
“Research has clearly established that an abnormal BBB plays a critical role
in the initiation and progression of demyelination.”
“Our hypothesis is that acute hyperextension-hyperflexion injuries of the
neck will at the very least produce a local breakdown of the BBB.”
They reiterate that hyperextension-hyperflexion injuries to the cervical spinal cord have
been shown to cause a severe disruption of the BBB both locally and generally. In this
study they documented 39 patients who developed symptomatic multiple sclerosis or in
whom a stable disease with minimal disability was converted to a rapidly progressive
form within some days to weeks after an acute hyperextension-hyperflexion injury to the
cervical spinal cord.
Of the 39 cases, 24 were of new onset. These cases had no previous history of
neurological symptoms and were previously in excellent health. The onset of symptoms
occurred within 12 hours to 12 weeks post-trauma with a peak between 2 and 3 weeks.
In the other 15 cases with pre-injury mild MS, their condition rapidly accelerated to a
progressive form following their injury. The worsening of their MS occurred between 1
and 12 weeks post-trauma with a peak at 1-2 weeks.
In both groups, there was no correlation between the severity of injury and the
subsequent deterioration of MS symptoms. There were no cervical vertebral fractures,
dislocations or spinal cord compressions.
These authors cite 9 studies (1946, 1950, 1957, 1964, 1966, 1975, 1975, 1988, 1991, 1992)
that support that specific CNS trauma may precipitate or aggravate MS. The proposed
mechanism in these studies includes:
 specific focal trauma
 co-existence of cervical spondylitic myelopathy
 mechanical stresses communicated to the cord via the denticulate ligaments
during flexion of the spine
 repetitive stresses that cause breakdown of the BBB

Back Pain After Auto Injury